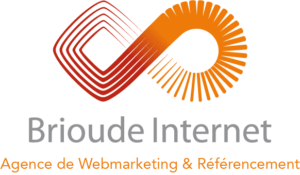 Brioude Internet agency, the SEO (“Search / SEO / SEA”) french pioneer of since 1998, led by Jean-Michel Socquet and Yannick Socquet, has sold the majority of its capital to the Big Success Communication Group, which includes TVLowCost entities, LowCostMedia, DigiLowCost, Senioragency and Top Talents Factory. The new group has a € 11.5 million turnover, manages the communication of 430 customers and employs 70 people in four locations: Paris, Lyon, Brioude and Brussels.

This merger accelerates the digitization of Big Success Group, a recognized expert in “telewwwision®”, that is real-time synchronization between television advertising and digital media.

The Big Success Group is based in Paris, Lyon and Marseille and was founded by Jean-Paul Tréguer and Rodolphe Muller in 1995. The Big Success Group includes TVLowCost, LowCostMedia, DigiLowCost, Senioragency and Top Talents Factory entities. The group has subsidiaries in London, Brussels, Auckland. It is also a shareholder of the international network holding company WPI Worldwide Partners Inc., a network of large independent agencies operating in 60 countries.

Brioude Internet was founded in 1998 by Jean-Michel Socquet and Yannick Socquet and is based in Lyon and Paris. Brioude Internet has become a forerunner in the field of webmarketing and SEO by developing over the years a know-how, as well as a battery of SEO and SEA’s tools whose effectiveness is widely recognized by market professionals.

« Brioude and BIG are two companies run by managers-entrepreneurs, they both position themselves as specialists in the effectiveness of communication, whether on TV or on the Internet. Brioude enriches us with an exceptional digital know-how and the team very high level of competence. This will enable us to provide our customers with an exceptional “Data Intelligence” offer and to support them on all strategic search sites, such as voice referencing, video referencing and Amazon referencing, which have become a priority for brands. »

« Brioude Internet and BIG have collaborated for years on a large number of brands, when we wanted to accelerate our development, it seemed obvious to us to do it with a “human scale” team that we know well and with whom we share the same ROI philosophy for our customers. BIG Succes allows us to broaden the range of services offered to our loyal customers for many years. »

« We are delighted to have accompanied the Big Success Group and its shareholders in the takeover of Brioude Internet. This acquisition enables the fast-growing Group to increase its position as a privileged player on dynamic communication media in France, TV media and digital communication. »

Sustain’Air has developed a patented natural air conditioning system. The low-carbon unit is powered by renewable energies, consuming very low amounts of energy. It wants to develop its business in France and worldwide.