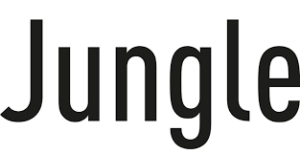 Capital partnership between the Editis Group and Jungle Editions

Editis Group (Vivendi Group) announces its capital partnership with Jungle publishing, which demonstrates the desire of the 2nd French publishing group to develop itselfin the growing sector of graphic novel and comics.

Editis becomes Jungle shareholder up to 30%

Editis – Vivendi Group participated last July in a capital increase of Jungle and is now a shareholder of 30% (Steinkis Group remaining holder of the remaining 70%). It is the implementation and development of joint editorial projects that naturally motivated this rapprochement. Through this capital investment, Editis – Groupe Vivendi demonstrates its ambitions in the comic strip segment, a fast-growing sector, and its desire to develop a know-how that the group did not have until now.

As part of this operation Editis and Jungle have made the choice to develop their partnership by creating equally a new publishing house of comics.

This new entity, which will now be integrated into Edi8 (Practice and Illustrated Practice of Editis) will be able to rely on the very rich catalog of the houses of the group, in order to propose comics adaptation to their authors, according to their works headlights. The new house will also offer original creations in resonance with the major editorial axes of Editis – Vivendi group (thrillers, science fiction, fantasy, adventure, history), which allows Steinkis Group to complete its editorial offer. Several projects have already begun, the first titles will be announced on the occasion of the next Angoulême International Comics Festival, and will be published on the second half of 2020.

Since its creation in 2003, Jungle has become a leading comic book publisher of youth and humor. Steinkis Group bought Jungle in 2013, an operation advised by Largillière Finance. “Editor of good humor” since 2012, Jungle has promoted the emergence of new universes and new authors in the youth comics, contributing to the strong momentum of the segment. Its publications have the support of booksellers and the interest of audiovisual producers, several films and TV Shows derived from its publications are under development

Belonging to Vivendi group since January 2019, Editis is a French publishing leader that brings together nearly 50 prestigious houses. With a large portfolio of internationally renowned authors, 4,000 new titles published each year and a collection of more than 45,000 titles, Editis is active in the fields of general literature, youth, practice, illustrated, education and reference.

« For several years now, our ambition to renew the imagination by creating innovative and quality youth comics is bearing fruit. By welcoming Editis to the capital of Jungle, we are giving ourselves the means to capture and support our projects under the best conditions, and to continue the regeneration of the youth comic strip, a sector that has experienced a very good dynamic for five years. Furthermore, we preserve our total editorial independence. Largillière Finance has been supporting our Group for many years and we are very pleased with its presence and the advices provided for this operation. »

Transmission of Vino Cado and Vino Club to Oenodyssée

Strategic support for managers and shareholders

Strategic support for managers and shareholders