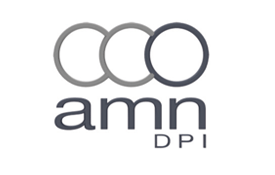 Largillière Finance advises AMN DPI, French leader in plastic granulation tools, in its merger with the MAAG group, one of the world leaders in the production of pumps and filters for the processing of polymers, chemicals and lubricants.

Founded in 1979 and based in Normandy, AMN DPI is a designer and manufacturer of tools for polymer granulation. At the heart of technological innovation due to its proximity to the petrochemical industries, the company has conquered the entire planet thanks to its high end and unique production on the market, as well as its permanent adjustment to the technological evolutions of the sector.

Today, AMN DPI is composed of a team of 36 experts and is represented in 60 countries around the world, with a network of 6 local agents. Since 2000, the company has also established a presence in Asia, the Middle East and Australia.

Since 1913, the MAAG Group (part of the American company Dover Corporation -annual revenue of approximately $8 billion), headquartered in Oberglatt, Switzerland, has been developing and manufacturing pumps and integrated equipment for the chemical, petrochemical, plastics and polymer industries. The group, which employs 1,100 people, is currently active worldwide and has European production, sales and service locations in Germany, France and Italy, as well as in Asia and North and South America.

This merger will enable the MAAG Group to benefit from the unique know-how of AMN, the industry leader, to strengthen in-house production and to accelerate manufacturing processes. The new entity will increase the availability and reliability of MAAG products and reduce production times.

The sale process was led by Largillière Finance's teams. It showed once again their extensive expertise in the industry sector in which the bank has carried out 6 transactions over the last 12 months.

« AMN DPI’s excellent image has attracted strong interest from many international buyers in the plastics and petrochemical industries. We are delighted to have advised this company in its sale to one of the world’s leading manufacturers of plastic production machinery ».

« We are very pleased with this merger with MAAG, which has a leading position in its market. This merger is a key step for our company: we are convinced that MAAG, with its strong expertise and international presence, will contribute to support AMN’s development. We would like to thank Largillière Finance for the quality with which the transaction was conducted ».

TNP continues to grow and announces the acquisition of the entire capital of BC Consulting, a management and information technology consulting firm